My biggest influence, and the reason I have taken on the challenge of saving marriages, were my parents, who again just celebrated their 50th wedding anniversary. And their influence wasn’t because of anything they ever said to me, but what they did, stayed married. What makes this more important was they had the typical marriage of couples from their generation, full of fights, but they managed to stick it out. They taught me that divorce was not an option, that quitting was not the path to take.

My mom actually had my career mapped out when I was a kid to be a priest, something I took very seriously. I was an altar boy (no, I do not have any stories) and studied the bible intently. Although I haven’t read the bible since I was a kid I have used a lot of what I learned in my book. And then I discovered girls.

My taking on the marriage issue is a combination of both my professional and personal paths. Personally speaking, I’ve learned from the pain of what I’ve been through in past relationships, particularly the one that led to writing the book, what causes relationships to turn negative. After a successful career, and at the height of the market in 2000, I met the girl whom I thought I was going to spend the rest of my life with. We fell in love, got engaged, fought and tried to get help from a marital therapist. When I realized the therapist wasn’t really helping I decided to tackle the issue myself.

And I have had a very successful career. Although I grew up relatively poor, the son of a cab driver and a secretary, I put myself through engineering school, spent nine years in the communications equipment industry, got my MBA and landed on Wall Street, becoming the first semiconductor analyst to focus on the communications market.

Engineers have real difficulty dealing with illogical situations. So when I met the woman I thought I was going to spend the rest of my life with and that relationship didn’t work out, my only real response was to try to figure out why. My engineering undergraduate degree is important for two reasons. The first is engineers do not understand things that are illogical, and going from planning on spending the rest of your life with someone to breaking up just didn’t make sense. And the second reason is engineers are taught problem solving, a big tool I used in writing the book.

Included in the 100 books that went into the research for writing this one, were nearly 2 dozen relationship books. My joke on this issue is all of the books I read were non-fiction books, with the lone exception of the relationship books. My first title concept was “Men Are From Earth, Women Are From Earth” to demonstrate just this point. Last time I checked we were all from the same planet.

Every time I bring this issue up a critic points out that the book is just a metaphor to explain that men and women are simply different, so let me clarify before anyone asks. Yes biologically speaking we are different. One of the biggest objectives of my book is to refute Freud’s biology theory that we are born with our brains and, well there is really nothing you can do about mental problems, a major stumbling block to solving our marriage problem. This is actually the first relationship book written from a mental perspective, something I find humorous considering psyche is defined as “the mental or psychological structure of a person”.

But the most significant point on the metaphor with John Gray’s Men Are From Mars, Women Are From Venus, is the concept of the book is supposed to promote couples to appreciate their differences. Now this may make sense intellectually but it is very challenging to apply practically.

One of the biggest lessons we learned with our racial struggles was a concept referred to as “separate but equal”, a term coined by the Supreme Court in the late 19th century to continue to justify the separation of the races. And we saw the results of that concept. If you promote in any way the notion that you can keep 2 separate and that this will somehow make you equal then you cannot find balance in your relationship.

Equality is only possible when you bring those differences together in harmony, through what Dr. Martin Luther King referred to as “civil disobedience”. Manage conflicts by disagreeing, just be civil about it.

If you would like to read the result of all of this effort please visit the following link for a review of the book that was just posted last week: 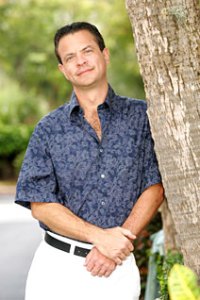 Renowned Wall Street analyst Tim Kellis takes on what could be considered society’s biggest problem today: divorce. The journey that led to him tackling such a significant issue was both personal and professional. After a successful career that eventually landed him on Wall Street, Tim met what he thought was the girl of his dreams, only to see that relationship end with bitterness and anger. The journey included work with a marital therapist, and after he discovered the therapist wasn’t really helping decided to tackle the issue himself.

Ambition and a strong aptitude for math helped lead Kellis to discover how to make relationships work. His math skills led directly to an engineering degree, nine years in the telecommunications industry, an MBA in finance, and finally on to Wall Street, where he became the very first semiconductor analyst to focus on the communications market.

After publishing a 300-page initiation piece entitled Initiating Coverage of the Semiconductor Industry: Riding the Bandwidth Wave, Kellis became a leading semiconductor analyst at one of the biggest firms on Wall Street. The experience he gained as a Wall Street analyst provided an excellent backdrop for becoming an expert on relationships, and resulted in his relationship book entitled Equality: The Quest for the Happy Marriage.

You can visit his website at www.happyrelationships.com or his blog at www.happymarriages.com.