The Story Behind DARK SIDE OF VALOR

The inspiration for Dark Side of Valor came from a news article of a woman’s plight to return to her country after being kidnapped and taken to a foreign land.   To start the plotting, I began to research runaways from foreign lands.  Every time I’d type in the search parameters, books, reports and articles popped up about teen runaways and homeless teens.  After several hours, I gave up and read one of the articles, then another, then a report, then a life account.  After about an hour, I was sitting in front of the library computer blubbering.  As I finished reading, Dark Side of Valor morphed into another novel and Lelia Freeman, the heroine, was born.

Years ago, during my nursing clinicals, we were required to nurse in homeless shelters.  It’s an experience that stays with you.  What I didn’t realize is that 1.3 million homeless teens and youth live on the streets of the United States each day.  1.6 to 2.8 youth and teens in the U.S. runaway each year.  Many Americans don’t know these statistics.  Before I began to do research, I had no idea that so many youth are homeless in the U.S.

To make the homeless teen characters in the novel realistic, I interviewed shelter directors, researched life accounts of runaway and homeless teens and talked to directors of organizations that aid that population.   The atrocities that homeless teens and runaways endure on the streets are horrific.  The hardest part of writing Dark Side of Valor was tempering the graphic details of their lives while being true to their plight.

After completing that research on homeless teens and runaways, I began to research the remaining plot.  The crazy stuff I uncovered was fascinating.  I found myself lost in a world of mercenaries, the Sudan, its people and their plight, the jungles of Zaire as well as various tribes, their ways of life, their daily activities and how to bring down a helicopter without having the pilot lose total control of the aircraft.

Dark Side of Valor didn’t start out the way it ended up, but, I learned a valuable lesson along the journey.  Sometimes taking a different path from the one you planned is a good thing. 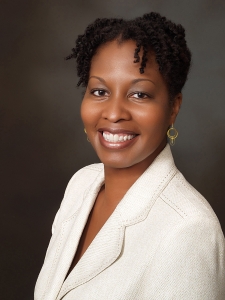 Born and raised in Philadelphia, the Howard University graduate embraced the written word at an early age. She credits this to her loving, older sister whom, while they were youngsters, made the author eat lotion on a regular basis. Realizing the need to sound-out the ingredients on the lotion label, Alicia stopped the lotion-eating practice, but continued to read the labels of the concoctions her sister brought for her to try. This early necessity to read flowered to a passion; hence, a writer was born.The award winning author resides in Maryland with her wonderful husband and son.  Still an avid reader, label or otherwise, Alicia is hard at work completing her next suspense novel.Her latest book is the suspense novel, Dark Side of Valor.