The first story is that to a certain extent, writing a novel started out as somewhat of an economic decision. I’d written screenplays for a number of years and had made several half-hearted attempts at a novel, but I’d always found it so much harder than writing a screenplay, probably because at the time, I was much more of a movie guy and I’d seen so many 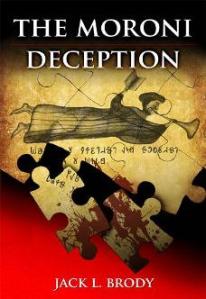 films that the script formula was sort of pre-coded into my writing DNA. So each time I had attempted to start a novel before, I’d always found it so different and so much harder, that I tended to give up pretty easily. The thing, though, that I kept seeming to run into with my screenplays, was the old Catch-22– that to sell a screenplay you have to have an agent, and to get an agent you have to have sold a screenplay. I won’t go into a lot of detail, but in my attempt to navigate around this agent obstacle, I sent my very best screenplay directly to two different director/producers. Both wound up “borrowing” very large and significant portions of this screenplay and went on to make two different movies about 10 years apart. The good part, I guess, was I got to see quite a bit of my work up on the big screen. The bad part, however, was that I never saw the first dime or any credit, which could have been my entry finally into the film world. The second film even went on to take in over $100 million, which was sadly ironic, because I had always jokingly referred to that script as my “$100 million dollar screenplay.” Those repeated episodes really kind of took the wind out of my sails, and so I thought, “Maybe the next time I need to try to write a novel,” believing that it would possibly be easier to find an agent who could represent my remaining screenplays.

As far as The Moroni Deception coming about, I had several inspirations. What sparked the initial idea for the novel was after reading Jon Krakauer’s “Under The Banner of Heaven.” From reading it, I got a brief education about the history and founding of the LDS Church– although I should point out that most of the modern day stuff his book also dealt with, largely had to do with one of the LDS’s rather extreme polygamous offshoots–more the “Warren Jeffs” branch of the Mormon family tree. After I saw how much potential there was for weaving in some of the more interesting elements as part of a novel, I did about a year and half’s worth of research before I ever wrote the first word–other than taking copious notes. I guess I should also mention that the other thing that actually led me to having an interest in reading Krakauer’s book, because I’m not normally a big non-fiction reader, was an episode of “South Park.” Like a lot of people, I had never really given the religion that much thought, and had always just kind of thought of it as one of the lesser know Protestant denominations. But the South Park episode, “All About Mormons,” actually did spark my initial interest in examining the religion much closer, because from what they had about the history of the LDS Church in the episode, it just kind of sounded like they were making it up, as they’re prone to do sometimes, at least by exaggerating things for effect. I’m here to tell you, though, they weren’t really that far off. And, of course, coincidentally, the South Park creators then went on to write and produce The Book of Mormon show on Broadway.

Lastly, I think it bears worth mentioning, since you did ask about what the story behind the novel was, but the plot has almost completely changed from the way it started out. I recognize a few things from the original story– a few scenes and a few characters–but the original plot started out with an FBI agent, and I guess you might call him a “rogue agent,” since he was launching his own investigation into the mysterious death of his girlfriend/lover who had broken away, or escaped from a fundamentalist, polygamist offshoot of the LDS Church. He then suspects that for some reason she was murdered by them. Somewhere along the line, and I can’t even quite remember the metamorphosis of the thing, but the FBI agent became a New York Times reporter, and a Mormon candidate for President became his person of interest. The latter part, I’m thinking likely came about as result of Gov. Romney running for the first time back in 2008, probably right around the time I came across the “White Horse Prophecy,” and that just started some sort of percolation of an entirely different story into a whole other direction. 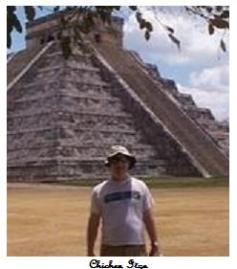 Jack Brody is a writer, ex-military, and an avid traveler. After his Army stint and then deciding to pass on law school, he went to film school, wrote screenplays, and held a number of jobs which ran from everything to working for a newspaper for one day, to film production, to then going into real estate (with at least five others along the way).  He’s fascinated by history, politics, and architecture, all of which play a part in his novels (yes, he already has two more in the works). When not writing, he can often be found hiking with his two faithful dogs, occasionally breaking out the old BMW bike for a ride though the mountains, or playing volleyball or bar trivia with his friends.  He divides his time between his home in the Southern Appalachians and wherever his passport will take him. After reading Jon Krakauer’s bestselling “Under the Banner of Heaven,” he was inspired to undertake a full year of research in preparation for the novel. Taking what he’d learned, along with a bit of imagination, the result was the conspiracy thriller, The Moroni Deception.