I enjoyed writing how the relationship between Charlotte and Atakan, my heroine and hero from Golden Chariot, developed over the course of the story. When the book ended, they had just come together as a couple. I knew I wanted to bring them back in Byzantine Gold and give the reader a chance to see how the relationship has grown in a year. 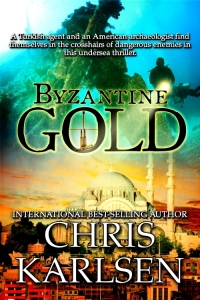 Also, one of the villains from the first book was a loose end. I needed to resolve that issue so he had to be brought back too. I wanted him and Atakan to come face to face for a final showdown. The villain is determined to kill Atakan.

Charlotte and Atakan are aware his life is in danger. In addition to her concern for his safety I looked for other issues to trouble her. For most of us, there’s more than one thing going on in our lives and that holds true for Charlotte. I gave an immigration worry. Her visa allowing her to stay legally in Turkey is about to expire and she hasn’t heard back on her renewal request. Adding to the fear for Atakan, her visa trouble, I also put Charlotte in a situation where Atakan’s mother challenges her love for Atakan. The mother’s case against Charlotte has merit or so she thinks.

On top of the threat to Atakan and the issues Charlotte must deal with, I wanted to add the overlay of another big problem. I’d read an article on how the sale of looted artifacts on the black market is one source of funding to terrorist organizations. Since Charlotte and Atakan are assigned the recovery team working a Byzantine shipwreck that carried a cache of gold cargo, I thought this was an excellent means to have a terrorist infiltrate the team. Once his presence is discovered, Atakan and his agent partner now have a short window of time to capture the rest of the cell before they attack the team’s camp.

For my Dangerous Waters series, which both books are from, I like using Turkey and other settings in the East Mediterranean or Aegean Sea. I think it’s a beautiful region. I like that as a setting it isn’t used too often. I chose a Byzantine ship because I already had a great deal of research books with information on recovered ships from that period. There’s much I like about that timeframe, which is another reason I chose a Byzantine ship. I think the architecture is fascinating. I love the exotic flavor it lends to Istanbul, some Russian churches, St. Mark’s in Venice, and various churches in Greece. I also find jewelry of the period stunning and used my fondness for it as part of the recovered cargo.

Finally, by having Atakan injured I could bring in his friend and fellow agent, Iskender to aid him. Down the road, I just might put him in a story with Charlotte’s brother, Nick. 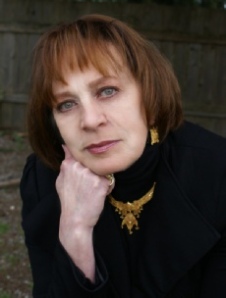 Chris Karslen is a  retired police detective. She spent twenty-five years in the law enforcement with two different agencies. The daughter of a history professor and a voracious reader, she grew up with a love for history and books. She has traveled extensively throughout Europe, the Near East, and Northern Africa satisfying her passion for seeing the places she read about. A Chicago native, Chris has lived in Paris, Los Angeles, and now resides with her husband, and five rescue dogs in the Pacific Northwest.

Learn more about Chris and her work on her website and blog.

Listen to an audio interview with the author on At Random LIVE.

Purchase the book on Amazon.

One thought on “The Story Behind BYZANTINE GOLD”