By day, I’m a social studies teacher who adores world history, especially the Medieval period.  What’s not to like about the Middle Ages?  It was an era filled with knights in shining armor, chivalry, fair maidens in tall headdresses and beautiful gowns, tournaments, castles, and quests galore.  (Yes, I know

there was a lot more to it, and much of it was bad, but I’m writing romance here so give me a break.)

One day not too long ago, my class was studying the Middle Ages.  It amazed my students to discover how much power fathers had over their children.  They were especially indignant to find that kings and nobles often arranged marriages when their children were scarcely out of the cradle. “That’s not fair,” they complained.  “What if they didn’t want to get married?” Muttering broke out across the classroom when I explained that it was the father’s choice to make, not the child’s.

After talking about it all day, I knew I wanted to write about an arranged marriage.  I’ve always liked to write about people who marry for some reason other than love and then fall for their spouse.

I started flipping the pages in my history book to find the best country and date to use as a setting for the novel, but to my surprise, I didn’t like any of them.  Obviously, I didn’t truly want to write a historical novel.  Okay, why not set it in the modern world?  Easy.  I’ve already written that book. (A New Leaf) So, why not do a fantasy?  I wanted to branch out and try something new anyway, so this story of an arranged marriage could be a fantasy.

I had a ball.  I created a world of my own choosing and peopled it with characters loosely based on the Medieval period.  I threw in some castles, dragons, deceptions, and quests, and for good measure, I added both evil and good enchanters.  No knight in shining armor ever fought more bravely than my Prince Alan.  No Medieval princess ever possessed the courage and beauty of my Princess Morgane.  I actually had tears in my eyes when the false princess wounded Morgane.

I submitted the book to Astraea Press and waited to see what they’d say.  I danced a little jig when I read the publisher’s offer of a contract.  Her reader had raved about the book and said it was wonderful.  Happy day!  The cover artist Elaina Lee gave me one of the most beautiful covers ever, and we sent The Enchanted out into the world where I hope it mesmerizes and delights readers as much as it did me. 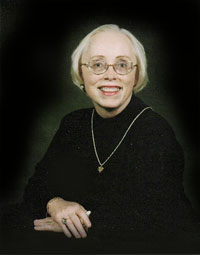 Elaine Cantrell was born and raised in South Carolina where she obtained a master’s degree in personnel services from Clemson University.  She is a member of Alpha Delta Kappa, an international honorary society for women educators, Romance Writers of America, and EPIC authors.  Her first novel, A New Leaf, was the 2003 winner of the Timeless Love Contest.  When she’s not writing or teaching, she enjoys movies, quilting, reading, and collecting vintage Christmas ornaments.

Her latest book is the fantasy romance, The Enchanted.

5 thoughts on “The Story Behind The Enchanted by Elaine Cantrell”