To begin with, I’m the most unlikely person one would expect to write novel and have it published. After spending my whole career in science and medicine, many thought the transition would be almost impossible. With little encouragement, I sat down about eight years ago and began writing fiction. Encouraged by other physicians who became writers such as Michael Crichton and F. Paul Wilson, I set off on an entirely new path in my life.

However, I received the first inspiration for writing while I was still in my medical training, long before I wrote my first novel.During internship, I saw how “gene therapy” directly led to the untimely death of many young patients. What happened in each instance was that the virus that was used to insert a “healthy gene” killed the person outright or caused a life-threatening leukemia-like disease.

When this event occurred about 15 years ago, I asked myself, “What would happen if that virus that caused these kids’ deaths got loose?” It was a reasonable question because the virus the scientists used in the gene therapy caused the common cold and is easily transmittable. This basic, yet pertinent question set the stage for my novel, The New Reality.

However, I found writing the novel to be by far the easiest part of the whole process. Next came the almost impossible task of finding an agent. After numerous rejections and a failed courting with my first agent, I finally signed on with someone who truly believed in my work. Fortunately, after an attempt at self-publishing and the closure of 3 publishing presses who initially signed on with me, I finally received an official publishing agreement with an agency that did not go defunct. The joy of having a contract, however, was immediately tempered with the sad news of the unexpected death of my agent.

Tommy Hilfiger’s quote accurately sums up both my experience in writing and in my medical career, “The road to success is not easy to navigate, but with hard work, drive and passion, it’s possible to achieve the American dream.” Though the path to publication has been tempered with both its high and low moments, the journey has been one that was well worth taking, and I am thoroughly glad I decided to take the trip. 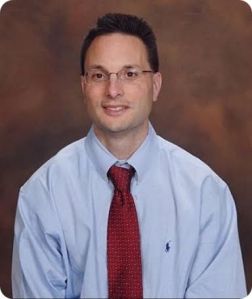 Stephen Martino holds an M.D. from the University of Pennsylvania and is a neurologist in New Jersey. When he is not working, he can be found with his five children doing homework or cheering them on at a soccer field, basketball court, or dance recital. Martino is a member of the Knights of Columbus, a Cub Scout den leader and is an active public speaker, helping to educate the local community and healthcare professionals on the signs, symptoms and treatment of stroke. THE NEW REALITY is his first novel.