It started with a dream. That sounds so trite but it’s true. Six years ago, I dreamed of a red haired girl trudging through the snow. She walked with a group of friends while a boy only she could see and hear made snarky comments to her. I don’t know 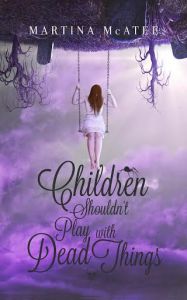 why it resonated with me, it was just a flash really. But it was the clearest dream I’d ever had. I woke up around three o’clock in the morning on a work night, grabbed my laptop and wrote what I saw. I saved it, closed my laptop and didn’t think about it again for a year.

My life is chaotic on a good day but when I had this dream six years ago, I was a single mom to a pre-teen, working full time as a psychiatric nurse and taking care of a mother with terminal cancer, the last thing I should’ve been thinking about was writing…but the story just wouldn’t stop nagging me. The more I gave myself over to the idea of it, the more the characters came to life in my head. I swear they spoke to me. As a former psych nurse, I know how insane that sounds but it’s true. It was then I realized I had two choices, sit down and write the story or sign myself up for a room with a view at my own psych facility.

So I started to write the story of my dream but no matter how I wrote it something wasn’t right. That’s when I realized something was missing. There was too much information that would need to be explained with a lot of needless exposition. So I went back further, explored why nobody could see him but the red haired girl. I figured out who she was, how she got where she is and how he got into the predicament he currently found himself. That exploration is what became the first book in the series and how I realized that while this is Ember’s story, there were still so many other voices in my head demanding to have their say. The end result of all those voices is this book. 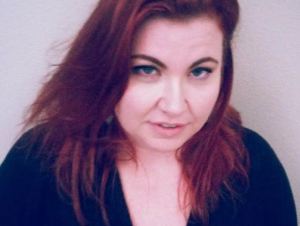 Martina McAtee lives in Jupiter, Florida with her teenage daughter, her best friend, two attack Chihuahua’s and two shady looking cats. By day she is a registered nurse but by night she writes young adult books about reapers, zombies, werewolves and other supernatural creatures. When she isn’t working, teaching or writing she’s reading or watching shows that involve reapers, zombies, werewolves and other supernatural creatures. Her debut novel Children Shouldn’t Play with Dead Things is set to release on August 31st, 2015. She is currently working on the second book in the series, Your Soul to Take, due to release in 2016.