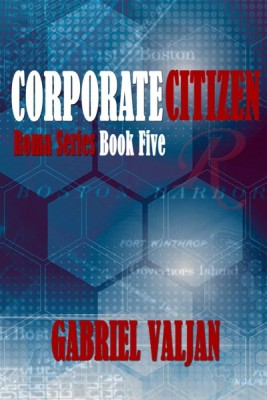 I wrote Corporate Citizen with current events and some speculation in mind. We’ve watched the banking crises with interest (no pun intended). We know that taxpayers bailed out financial institutions and, while they repaid the government, the lingering question was: who bails out the taxpayer? We know that inequities are rewarded in American society. Warren Buffett himself said that his secretary pays more taxes, in proportion to her income, than he does. Corporations seem to flout laws, or they’ll pay nominal fines and yet continue to violate laws. Lobbyists will spend obscene amounts of money to influence political campaigns, while the consequences of their strategies have an impact on neighborhoods and states. I’m thinking of the Koch Brothers, the city of Detroit, and several multinational companies. What happens when corporations and governments are in collusion to maintain market share? In Corporate Citizen, the answer to that question is that murder no longer seems beyond the pale.

I was thinking of collusion between chemical companies such as Monsanto and Dow Chemical, which made Agent Orange for the US military during the Vietnam War when I created the character Nick. Secretive experiments on soldiers and plausible governmental deniability are mentioned in the novel. This point is a personal one for me, as I had a relative who died from exposure to Agent Orange from the Vietnam War. When I was a kid, he wouldn’t talk explicitly about combat but he did mention that he and other selected infantry soldiers had been given large doses of Dexedrine, an amphetamine, and on one occasion, LSD.

I had started the Roma Series because I was intrigued by the concept of a ‘victimless crime.’ There are legal instances where no crime is said not to have been committed, and yet there is a victim. The S&L scandals of the late 1980s come to mind. ‘Corporate personhood,’ the notion that a corporation should be a responsible member of the community seems somewhat contradictory. Which community is that, especially if it is multinational? Bianca was drawn to Rendition because it needed help getting the bad guys since there were no white-collar crime laws or legislation. Bianca would learn that governments and corporation act alike. She is hesitant to trust anyone — with good reason. The Roma Series explores the lengths to which friends will go to protect each other. Bianca is our intelligent alter ego who navigates and negotiates the ambiguity of citizenship and the dangers one can face to survive in a compromised world.

A call for help from an old friend lands Bianca and the crew back in Boston. On a timeout with Dante, due to revelations in the aftermath of the showdown in Naples, Bianca is drawn to a mysterious new ally who understands the traumas of her past, and has some very real trauma of his own. Murder, designer drugs, and a hacker named Magician challenge our team, and Bianca learns that leaving Rendition behind might be much harder than she thinks.

Gabriel Valjan is the author of the Roma Series from Winter Goose Publishing as well as numerous short stories. He lives in Boston, Massachusetts, where he enjoys the local restaurants, and his two cats, Squeak and Squawk, keep him honest to the story on the screen. 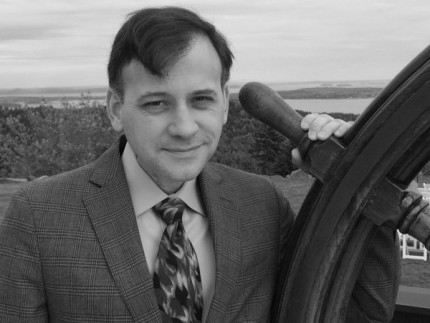 Connect on the web: