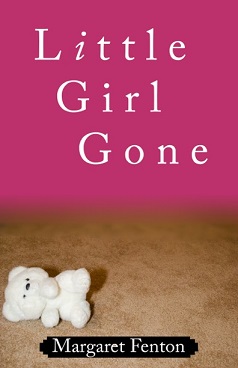 Hello everyone!  I’ve been asked to write about the story behind the story, so here goes.  First, please allow me a little background.

Little Girl Gone is the second in the Claire Conover mysteries, and is the sequel to Little Lamb Lost.  Claire is a child welfare social worker in Birmingham, Alabama.  In Little Lamb Lost, Claire gets to work one morning to discover that one of her tiny clients is dead.  Michael was just two years old, so how could he have died?  Soon the police arrest his mother, who has worked so hard to get sober, get her life stabilized, and get him out of foster care.  Claire is convinced his mother had nothing to do with Michael’s death and sets out to prove it.  Claire also meets a handsome computer scientist and a sexy reporter who help her in this mission.

When it came time to write the second novel, I had a couple of goals.  I wanted to continue to tell the story of Claire and her career, and the pending romances between her and the men in her life.  I also wanted to tell a story about teens who come under the jurisdiction of the Department of Human Services (in real life it’s the Department of Human Resources, and I was the mental health consultant there for several years).  Now all I needed was a mystery.

I get a lot of my storytelling ideas from the newspaper.  I was browsing through the local paper one day and saw an article titled “Feds:  Online ‘sextortion’ of teenagers is on the rise”.  It was an interesting article about a group of three teenaged girls with a webcam who flashed their breasts in a chat room, and wound up getting threatening emails and requests for more explicit pictures.

Well, there you go.  Sexting.  That was the core of the mystery. I did a bit of research (I’m sure the FBI has some kind of file on me) and wrote Little Girl Gone.  Claire gets a call that the police have found a 13-year old girl sleeping behind a grocery store.  She’s obviously a runaway and won’t give her name.  Her mother is found shot to death and then the girl disappears.  Claire has to find her, and fast.

Thanks for allowing me to be here. I hope you will get to know Claire and her crew and enjoy her adventures!

Find out more on Amazon

When Little Girl Gone opens, it’s September in Birmingham, Alabama, and Claire Conover is steeling herself. September—with its oppressive, unwelcome heat, back-to-school newness worn off, and skyrocketing reports of abuse and neglect—is a time of year Claire has come to dread.  As the crime rate increases, so increases the work load for Claire and the Jefferson County Department of Human Services Child Welfare Division. Seems this year is no exception.

When she takes into custody a 13-year-old girl found sleeping behind a grocery store, Claire is swept up in a case that turns out to be far more complicated, and far more dangerous, than initially meets the eye. Struggling to piece together the young girl’s identity, Claire finds herself with few answers and no shortage of questions.  Is the young girl a runaway?  An abuse victim?  Or something else?   But things go from bad to worse when the young girl’s mother is found murdered—and then the girl disappears.  Claire soon discovers that the mother was involved in an illegal gambling industry in Birmingham.  But even with this clue, the case becomes more complicated.  Could the young girl have pulled the trigger?  Is that even possible?  And where could she have run?  Did she run at all? In the midst of all the questions, only one thing is certain: Claire has to find the answers, and the girl, fast.

A swiftly paced, suspenseful, and shocking story, Little Girl Gone earns Margaret Fenton a solid spot among today’s best mystery writers.  Masterful plotting, extraordinary character development, and a pulse racer of a plot combine to create an extraordinary mystery resplendent with twists, turns, and surprises.  An unforgettable story informed by Fenton’s near decade of experience as a social worker, Little Girl Gone also shines a light on the plight of at risk children and the dedication of those tireless and compassionate workers who serve them.  A stellar entry into what Booklisthailed “a promising new series,” Little Girl Gone is mesmerizing. 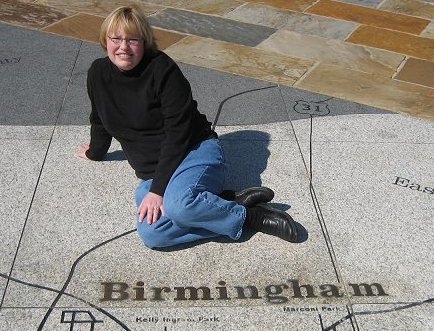 Margaret Fenton grew up on the Mississippi Gulf Coast and moved to Birmingham in 1996. She received her B.A. in English from the Newcomb College of Tulane University, and her Master of Social Work from Tulane. Fenton spent nearly ten years as a child and family therapist before taking a break to focus on her writing. Her work tends to reflect her interest in social causes and mental health, especially where kids are concerned. She serves as planning coordinator of Murder in the Magic City, a one-day, one-track annual mystery fan conference in Homewood, Alabama. She is President of the Birmingham Chapter of Sisters in Crime and a member of the Mystery Writers of America. Margaret lives in the Birmingham suburb of Hoover with her husband, a software developer.

Connect with the author on the web: