I think, when discussing the origins of A Wanted Man, it is important to establish a timeline. I’m now 34, and I first put pen to paper on a crime story set in Manchester when I was 17. I was a cinema nut, a real action movie junkie, and I loved to write. My English teacher at the time told me that my prose was too description heavy, and my writing was suffering because of it. That got me thinking about screenplays, and the economical style in which screenplays are written – I felt that the best way for me to tell stories, given my problems with over-description, was to go down that avenue. So age 17 I wrote a screenplay called Murder In The Name, which was a crime caper set in Manchester, with a family at war within itself. 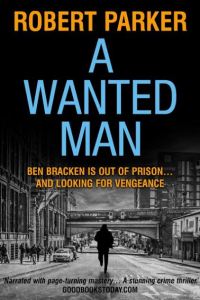 The big problem with it was that it was garbage. I recently found it and had a good laugh to myself reading it. Over the next ten to twelve years I would rewrite it a number of times, and nothing about it seemed right – although I was happy with the general storyline, the setting and the set pieces.

Fast forward to me turning thirty, and the summer of 2013. I had recently rediscovered traditional writing in a big way, and it turns out that writing bad screenplays for years (I have a desk full of them!) was actually a great way of honing a style for writing a novel. I started writing short stories again.

It was around this time that, almost by chance, I met and bumped into a number of soldiers who had just returned from Afghanistan, having fought there as part of the effort to stabilize the region. I was amazed at how differently the experiences affected them. One was sad his time was over, convinced it was what he was born to do, and had loved every minute of it. Another was quietly traumatized, his every waking moment plagued by images he couldn’t un-see, while trying to reinsert himself into a daily 9-5 routine despite knowing only a combat lifestyle since he entered adulthood. And another had comeback a complete sociopath, whose taste of bloodshed was far too intoxicating to deal with, and he darkly rejoiced in graphic, racist terms his string of kills. The point I am trying to make is that these young men had known only war, and it had each affected them in hugely different ways. It got me thinking of the cost of their vocation, the sacrifice of giving everything over to the service of your country. I wondered how it would make me feel. The latter two of the examples above seemed so lost, without direction or a real sense of what their futures might bring. They struck me as abandoned.

A character formed in my mind, who I would name Ben Bracken (I’ve always liked Ben as a simple, solid name, and Bracken is one of the more sturdy and hardy landscape features found all over the British Isles. The name stuck). He became a sort of outlet for the disillusion I felt about the Iraq and Afghanistan wars, and how I felt about the portrayal and treatment of war veterans, and I used him to answer the question the answer to which I’d always wondered: namely what do you do if you come home and all you’ve known is war, and you’ve given everything for a country that you don’t recognize anymore, nor does it even need you now.

I wrote a string of short stories featuring the character, but felt he had a novel in him. I just didn’t have the right story to base around him. I remembered Murder In The Name sitting in the draw, and it hit me like a sack of bricks. I dropped Ben Bracken into that story, and all hell broke loose. Everything seemed to fall into place, the plot swerved into directions I loved, and that rather formulaic story I’d written as a teenager burst into life.

I loved it, and writing the book took on a whole different meaning, as I was able to explore themes that I couldn’t as a 17 year old – things like fatherhood and the politics of combat. The story has taken a journey I wouldn’t change at all, and one of the things I love is that the book now is genuinely a product of myself in the past and myself in the present, and for better or worse, I’m proud of it. 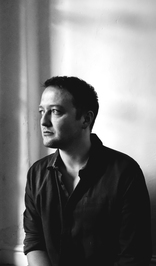 Robert Parker is a new exciting voice, a married father of two, who lives in a village close to Manchester, UK. He has both a law degree and a degree in film and media production, and has worked in numerous employment positions, ranging from solicitor’s agent (essentially a courtroom gun for hire), to a van driver, to a warehouse order picker, to a commercial video director. He currently writes full time, while also making time to encourage new young readers and authors through readings and workshops at local schools and bookstores. In his spare time he adores pretty much all sport, boxing regularly for charity, loves fiction across all mediums, and his glass is always half full.

His latest book is the crime/thriller, A WANTED MAN.