of the stress and the drama, I broke down and was hospitalized 6 times with a misdiagnosis of paranoid schizophrenia. During the hospitalization I was crying deeply. I remember riding in my fiancés car and out of nowhere it felt like someone was controlling my thoughts and I heard, “Forgive yourself.” I knew this came from a higher power. I remember being told to take baby steps and then five years later I heard a millionaire say it on television and I almost fell out of my chair. As I was walking through the hospital I had an overwhelming feeling that a movie was being made about my story and my family was getting my hair and makeup ready. Now 14 years later I own my own production company.  I remember when I was 20, eight years before I broke down, I was dating a Baptist and I was raised Muslim. He told me that Jesus was the Son of God and I replied, “Jesus ain’t no son of God,” because in Islam we were taught that Jesus was just a prophet. But something in my spirit said differently. As a Muslim I read a little bit of Genesis, Matthew, and Revelations, and I remember God coming to Joseph in a dream so I knew it was possible for God to speak to us. Right before I went to bed I prayed and asked God, “Is Jesus the son of God?” and I went to sleep and in my dream Jesus came to me dressed in a white robe through my widow and said, “I am the son of God.” And then he left. I woke up knowing the truth about Jesus but I was still lost in understanding everything about Christianity. I was so stuck in my ways it didn’t dawn on me to study the bible. I hopped around from Church to Masjid trying to find God. When I would enter churches I was judged and spoke down on because I didn’t know the bible. When I went to Masjid’s I was put down because my hair wasn’t fully covered and they didn’t like the way I was dressed and I wasn’t learning anything to better myself. Finally 14 years after I started writing my book I meet my husband who is Christian and he revealed to me that the things I wrote in my book was also in the bible. I couldn’t believe it. I had to read for myself. I started reading the bible and everything I went through started making since so I got saved. I always felt my story needed to be told and writing a book was the best way I could do it. I wrote my first book, “Don’t Call Me Crazy! I’m Just in Love with God,” as a fiction inspired by my true story. I was first published in 2007 by Publish America. They did a great job on my book cover and helped me get my foot in the door. After my contract I learned the most valuable lesson an author can learn, “Most publishers do not market books.” I felt that since I’m doing all the work, I should get all of the profit so I decided to self-publish under my own company. 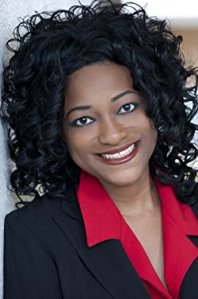 Swiyyah Nadirah Woodard was selected as a Bay News 9 Everyday Hero, which was seen by two million viewers, for publishing a book and teaching the community about her own battle with mental illness. She was hospitalized six times and misdiagnosed with paranoid schizophrenia. Her first book, Don’t Call Me Crazy! I’m Just in Love, became required and suggested reading in Reading, Writing, Abnormal Psychology, and General Psychology classes at a four year Institution.

She was born in the housing projects of Saint Petersburg, FL. Her father left when she was three so she was raised in a single parent home. At the age of five she was
molested by her eight year old brother. She later started school, she had slurred speech and didn’t care to make friends so she was bullied by her peers. At the age of eight, she wanted to kill herself because a girl wanted to fight her. She looked into the medicine cabinet for medication. Thank God, she couldn’t find any.

As a teenager she was physically abused by her step dad. The abuse was so severe, God blocked it from her memory. At the age of 20 the brother that molested her committed suicide, which was devastating to her and the entire family. Swiyyah has always viewed herself as normal. She never received any disciplinary problems in school, made good grades, and received her BA degree in Psychology from the University of South Florida.

When the doctors misdiagnosed her with the most debilitating mental disorder known in mental health, paranoid schizophrenia, she denied it. She questioned their expertise. She refused to take medication. She was then hospitalized six times. Her family took a picture of her at her worst and that’s when she knew she needed help. She has been taking medication now for ten years without a relapse.

She is now a published author and a National Inspirational Speaker. Her first book is entitled, “Don’t Call Me Crazy! I’m just in Love,” and is inspired by her true story.

She was raised Muslim and the revelations she received from God and placed in her books, didn’t make any since until she meet her Christian husband 14 years after her first relapse.

You can pick up your copy of DON’T CALL ME CRAZY! I’M JUST IN LOVE WITH GOD at