For several years the question was stubbornly clinging to my subconscious psyche. It was far enough below the surface that I didn’t obsess over it, but close enough that I couldn’t forget. “I wonder if I could write a novel?” For 20 years I worked on creative teams in churches helping to write full-length dramas as well as 5-minute sketches. But could I translate this to a full-length novel? I was anxious to give it a try. All I lacked was a story idea. 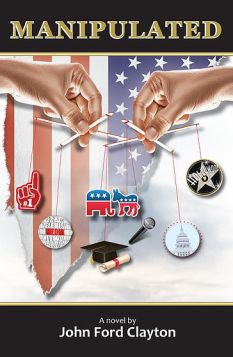 For me to be committed to writing, the story had come from a place of passion. A subject I feel great passion about is our country, the United States of America. Unfortunately, I see our country in difficult times as our political culture has become so toxic that it is tearing us apart. A major source of that toxicity is the degree of manipulation we all face daily, regardless of our political leanings.

We’ve all seen the man-on-the-street interviews where a citizen is holding a sign for candidate X. The interviewer asks, “What policies or positions do you like about candidate X?” The sign holder is unable to manage a cogent response. Perhaps you have those social media friends who frequently share information that has proven to be false, but they share it anyway. I have a friend who supported a particular candidate simply because they thought that candidate was “cute”.

I found this level of ignorance frustrating, but I channeled that frustration into inspiration to write the novel, Manipulated. Although it is a work of fiction, Manipulated is grounded in events that will hopefully sound familiar to the reader. The most prominent text on the back cover is the question, “Are you being manipulated?” I hope the reader asks this question of themselves as they progress through the pages.

Some snippets from reader reviews include, “Makes you reconsider how all of us are influenced by today’s instant information”, “An autopsy of our current political system”, and “You will never look at a Fox or CNN news report the same – I guarantee it.”

My desire is not to convince – or manipulate – the reader, but to hopefully open their eyes to more critically consume information.

Manipulated is a political thriller set during the 2016 presidential election season. The first half of the book provides a back story illustrating an American political system 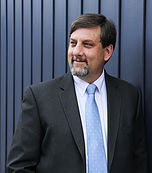 soiled by political parties, a misguided media, and lots and lots of money. The second half of the book provides a glimpse at what the 2016 election might have looked like had a different candidate been introduced into the campaign. A candidate not bound to either political party, deep-pocket investors, or Washington insiders.

Manipulated is available on Amazon. https://www.amazon.com/Manipulated-John-Ford-Clayton/dp/0999548204

One thought on ““Are You Being Manipulated?” The Story behind ‘Manipulated’ by John Ford Clayton”